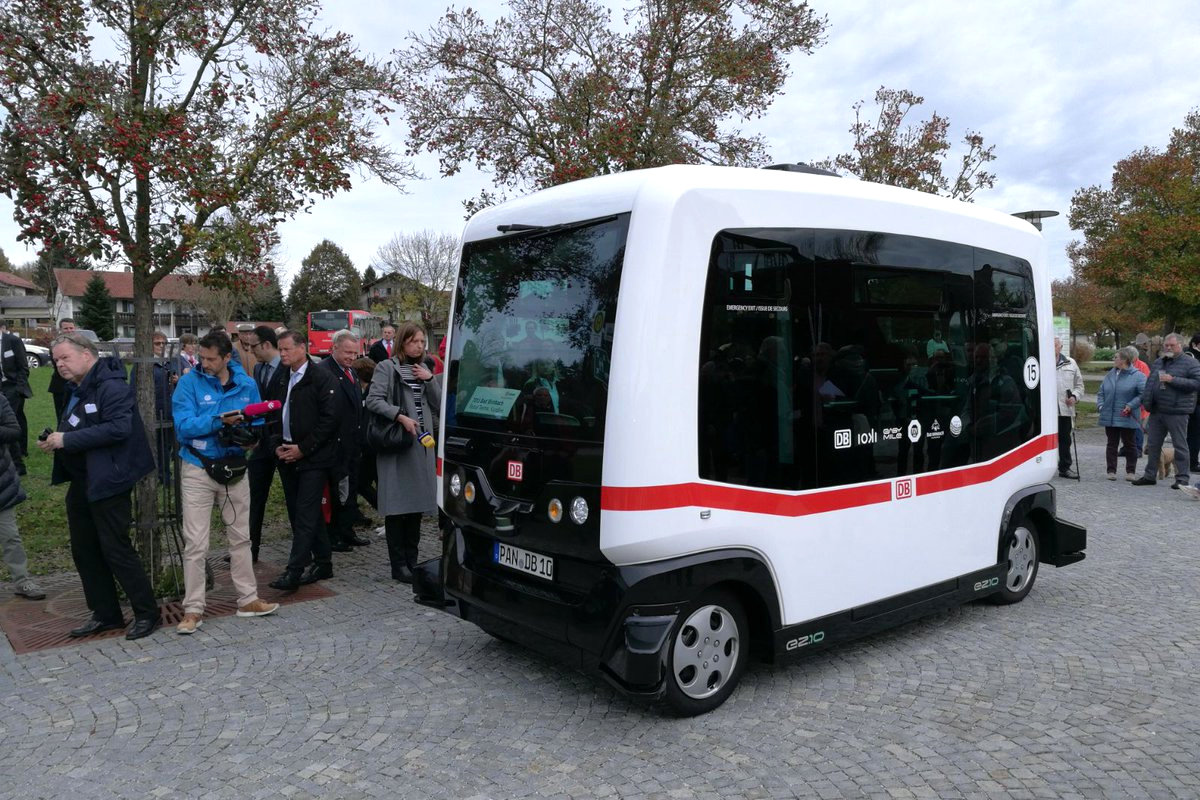 If you are lucky to try this bus you could find him in railway station, city centre or mineral springs, and also, it is free for public.

Driverless car was created by French company called Ligier. This company specializes on micro buses. EZ10 could carry 12 people, so there are 6 seats and 6 people could stand as well. Average ride last 8 minutes with an average speed of 15 km/h and maximum speed of 30 km/h.

Micro bus has sensors on the body which helps system to understand is there a barrier on the road, or not. In case of unforeseen situation, for example, if the car was parked completely wrong and block the way, operating person will take remote control.

In the 2018 Deutsche Bahn is planning to launch more self-driving buses, particularly in Hamburg.

Note that the same buses have been operating on the streets of Japan since 2016 and in France this year.