It is clearly understandable that 45 Tokyo Motor Show is all about artificial intelligence, autopilot and all kind of data sharing across the vehicles. It seems that everyone forgot about horsepower or acceleration up to a hundred. 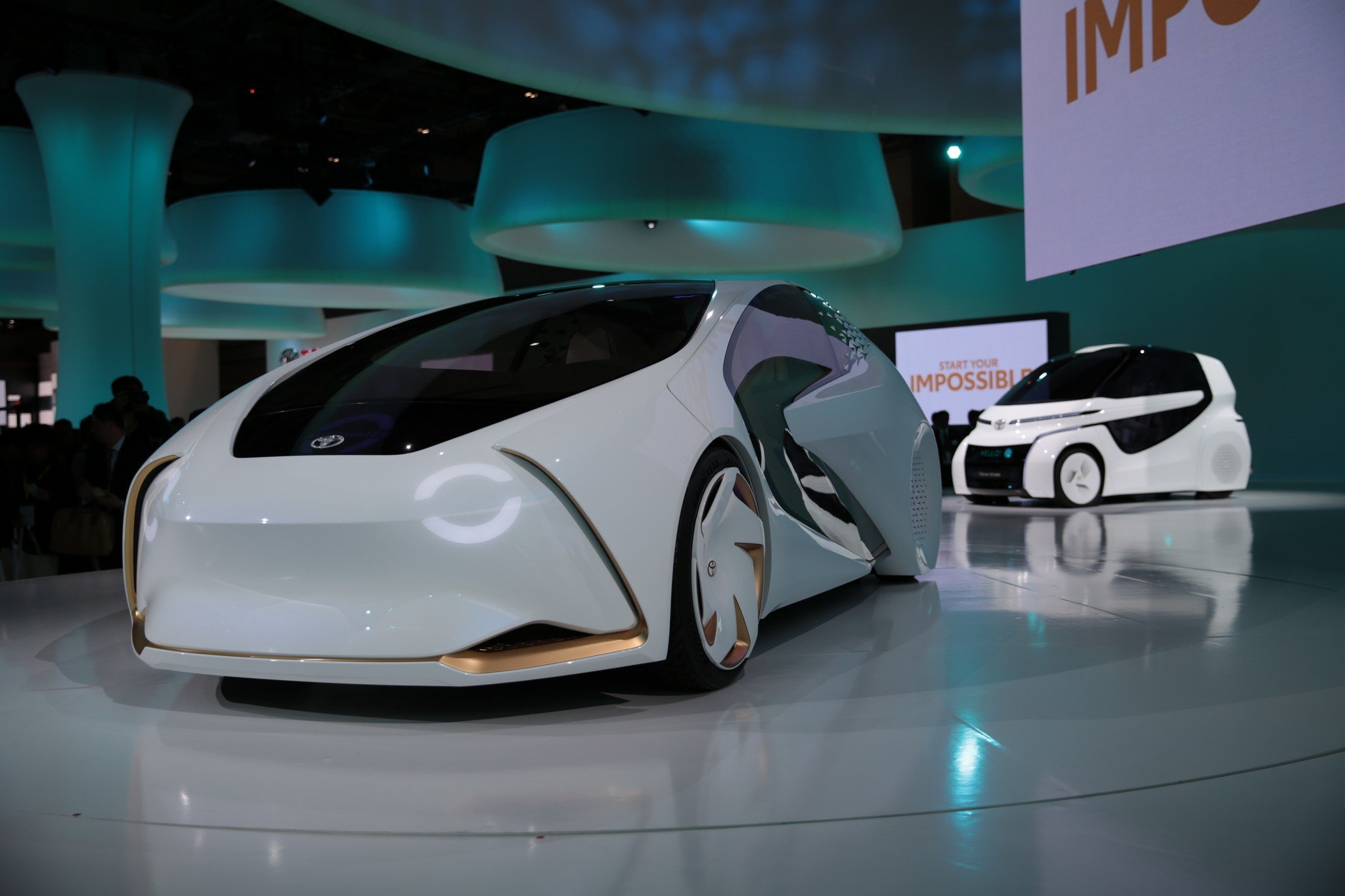 Japanese do not interesting in, for example, in 3 litters any more because an EV motors have better torque and faster ultimate draft.

Looks like from advance companies like Toyota or Nissan it isn’t going to be brave or innovative changes in chassis or power plant; however, they told us a lot about intelligence. If these concepts are going to be successful, these cars could drive themselves, understand our feelings and remember our habits.

It is remarkable that main speakers in such huge corporation as Toyota or Nissan were European. We were surprised that translators were translating to the Japanese; moreover, it was more Japanese there!

Toyota shows their leadership in Tokyo Motor Show not only by their first speech, but also they had their own pavilion (half of it took subsidiary company – Daihatsu). They gather a huge crowd before their press conference!

Main Toyota’s speaker was Didier Leroy. Except autonomous and intelligence technology, he told us about company’s new tag line - Start Your Impossible, which confined to Olympic and Paralympic Games. Read more about Toyota's presentation here.

Related Toyota’s brand Lexus told us about their work in autonomous system. They should finish it by the 2020 years.

As we told before, Nissan also had European speaker - Daniel Scyllachi. They didn’t show us even a single new car with internal combustion engine – only electric crossover. Also, company present us sport version of Leaf from Nismo. Lastly Nissan announces about their partaking in the Formula E.

Honda shows us 2 new EV vehicles and one of them have been approved to be mass production model. Both cars have vintage exterior style, which is quite demanded nowadays. If Honda’s shown Sport EV succeed, they have a chance to create new market!

It looks like Mitsubishi is not going to produce legendary brand Evolution any more. As we know they joined Renault Nissan, so Mitsubishi will be concentrate on SUVs for now.

Suzuki didn’t bring to us new Jimny; however, they bravely show us their off-road E-Survivor and a few kei-cars.

Small brands like Subaru and Mazda show us more generally accepted values. Subaru showed us their one more Viziv concept and also new STI; however not so furious like it was before. Also, company is going to produce huge off-road for USA.

Mazda are popularizing and developing new petrol engine, but they also think about ecology and planning to reduce harmful emissions by 2030 year.

Also, Mazda show us their luxury concept – Vision Coupe. We think it was one of the best pedestal from the designing point of view.

Europeans didn’t bring something new to the Tokyo Motor Show. The most “delicious” concepts we have already seen in Frankfurt, like BMW Z4or AMG Project One.

Volkswagen, Audi and Porsche showed us same situation. Last two gave us massive concept of Audi Q8 and new Cayenne. It seems that truly new cars they are leaving for German or maybe Europe.

Renault was divided to usual cars and their creature Renault Sport.

Generally Japanese car’s makers showed us that they are interested in autonomous systems, data sharing and artificial intelligence. The problem is that their foreign competitors are on the step further and ready to show us their intermediate results.

By 2020 we will know are trends which they showed us going to be popular or not (quite often we have seen this magic date). We think this time should be enough to actualize everything or even partly.

As a bonus have a look to the most beautiful Tokyo Motor Show’s girls!

New Solution for Business from Toyota